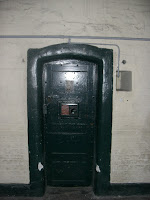 TK'n'C welcomes Karen with her tale following a group of associates after one of them goes...


Nick was about to put the key in his door when the policeman approached him.

Charlie was called to the foreman’s office and asked to accompany them to the station.

Marie, his girlfriend, was working on reception when they came for her. It was embarrassing having to explain why she needed someone to cover for her.

Russ tried to dodge the police, which didn’t go down well. Wasn’t he the one who told Michelle he would kill her?

“I never did,” said Russ frowning.

Her friends said she had been depressed lately. Was it true?

“She was a little down, yes.” Nick told them remembering.

What was she like the last time you saw her? They asked Nick. “Quiet, tense like. I asked her what was wrong and she told me to mind my own business. I heard her crying in the night. She was gone when I got up.”

They asked Russ the same question. He scowled. “Sulky,”

Charlie shrugged. “She wanted money to feed her habit.”

They hadn’t known she was a user.

“What?” Nick was indignant. “Rubbish!”

Marie chewed her nails. “I thought she was, but she swore she never touched the stuff. Russ had the habit. They had a one-sided relationship, y’know”

Nick pulled a face, “She was besotted with the guy. He was bad news. She knew it, deep down, like. But try telling Michelle anything....”

Charlie lit a cigarette. “I think she was scared of him. I think he had some kind of hold on her.”

One of them wasn’t telling the truth. What about home life, parents?

Nick shrugged. “She and dad were always arguing.”

“Boyfriends, I suppose. She always picked the dregs, y’know? Wrong sorts for a girl like her, that’s what dad used to say, anyway.”

“Ones with problems, trouble makers, ones who had been in trouble with you lot, know what I mean?”

They asked Marie what she thought about Michelle.

“I didn’t like her much, but what could I do? Nick was Charlie’s mate. His sister and Charlie, well, it’s over now. Least Charlie said it so.”

Staring at the table she followed the white cup rings with her eyes, gauging how much she'd tell them. “I think she was coming onto Charlie.”

They left his word to hang in the air, compelling him to say more. Instead he reached for a cigarette and lit it slowly. Playing for time, they’d seen it before. They waited.

They were playing it softly, but in interrogation room 3, the air was blue. Russ wasn’t having that. “Me and Shell, we were like that” He crossed his fingers.

Softly, softly was getting nowhere. It was time to go in for the kill.

Charlie put out his cigarette and reached for another. “Course she liked me, we’ve been friends a long time. She didn’t want to let go. Wanted to get back together, but I’ve got Marie now, don’t I?”

Nick looked at them, “Rubbish! We didn’t row about Charlie. She wasn’t after him. Who told you that? I asked what’s wrong, she told me to mind me own business.” He shrugged. “I went out. Left her to it. When I came back I heard her cryin’, but I didn’t go in, I mean, it ain’t the first, like. She gets mixed up in things.”

They were interrupted then. A formal identification was needed. As next of kin, Nick would have to do it. Afterwards he sat with his head in his hands. It was a shock. He had never seen a dead body before.

They explained it was time to come clean. Marie burst into tears. “I hit her, we fought, but she left, she left afterwards, honest she did, honest.”

Russ went ape, he threw back the chair and kicked at the table. It took five police officers to restrain him. As they locked the door of his cell, one said to the other, “I think he’s upset.”

Charlie clenched his jaw and balled his fists, but apart from that he showed no emotion. It was an odd reaction for someone who was once in love with her. Or was perhaps still in love with her?

Nick was relieved when they let him go. Who’s ever body it was, it didn’t belong to his sister. So where was she? Where was Michelle?

If Marie was relieved, she showed no sign. “Ask Russ, my guess is she told him about her feelings for Charlie. Or he found out or, maybe she got her comeuppance another way.”

Russ fixed his gaze somewhere above their heads. “You put me through that, and it weren’t even her. Bastards.”

They told him what they thought.

“No,” he yelled. “There was no relationship with Charlie. All right, so I shouldn’t have accused her. I was jealous, see. Come on, man, why would I kill her? She was the one who got me off the stuff. I’m clean now.” He banged his fist down on the table. “It’s him, Charlie, I know it’s him. He’s the one who couldn’t let go. Couldn’t accept she loves me now.” He put his head in his hands and groaned.

It looked like they would have to let them all go, until there was a body that is, or new evidence. Maybe Michelle wanted to disappear. Millions of people go missing every year. Russ was perhaps one more lame dog she had helped. And Charlie, well he had Marie now. Perhaps she did want him back, or maybe it was the other way round. Marie was jealous, and Nick, well Nick had probably seen it all before.
Posted by Author at 17:38