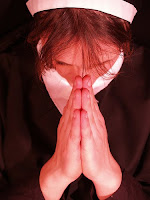 Bio:
Lee Hughes's short fiction has appeared in Cern Zoo: Nemonymous 9 and on Thrillers, Killers 'n' Chillers, A Twist of Noir, FlashShots, Powder Burn Flash, The Daily Tourniquet, MicroHorror and Blink-Ink. Find out more at www.LeeHughes.net
Posted by Author at 16:36