NOT A-MUSED By James C Clar 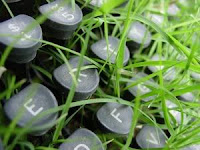 I knew I was in trouble when she didn’t respond. Mel was gorgeous today – jaw dropping, drop dead, feel your scrotum tighten – gorgeous. But she was a real bitch when she was mad. No, that’s not quite right; when she was angry she was the bitch of bitches, the ur-Bitch from whom all other bitches derived their power. Pardon the indelicate language, but it was all true.

And right now she was mad.

I had been sitting at the desk on the lanai of my apartment on the sixth floor of a building where Kalakaua ends and turns into Coconut Avenue. I was supposed to be writing. Instead, I’d become entranced by a giant Matson container ship making its way steadily east through the sun-bright waters of the Pacific. The vessel eventually rounded Diamond Head and disappeared from view. No excuse now, I thought. Or, rather, I’d need to find another excuse. I had been finding lots of excuses lately.

I caught the scent of jasmine, and of something muskier, headier, when I turned back around and faced my laptop. She had pulled up a chair and was sitting across from me. I had been hoping she’d drop by. It had been awhile. But some warning would have been nice. Then there was her foul mood and the way she just sort of snuck up on you.

She brushed back her lustrous black hair with a practiced gesture and, almost in the same movement, lit a cigarette. God knows where she acquired that habit. She exhaled a cloud of wispy smoke in my direction. It swirled in a sensuous arabesque as it caught, lingered and then dissipated like the idea for my next novel in the light trade winds. She crossed her legs and, as she did so, I heard the soft susurration of silk.

“Don’t be sore, Baby,” I crooned in my most placatory tone. “You can see I’m working, can’t you?”

“What I see,” she said in a voice that had the cold, breath-taking clarity of water cascading over the cliff tops of the Na Pali Coast, “is a has-been.” She paused for dramatic effect. She was good at dramatic effect.

“You said moving to Hawaii would ‘jump-start’ your career. A series featuring a hardboiled detective working the ‘mean streets’ of Honolulu was guaranteed to sell. Well, from where I sit, you’ve stalled out completely. You can’t sell what you haven’t written, Bobby, and I’m losing my patience.”

“Come on, Mel. You know I’ve sold a couple of short stories. As far as the novels are concerned, well, I’m trying.”

She shifted her weight and took another drag on her cigarette. This time the smoke formed a golden halo around her exquisite head in the mid-afternoon sun. I couldn’t help staring at her well-formed calves as she dangled her foot. Her tropical print blouse clung suggestively in all the right places. She hated it when I stared like that.

“Losers talk about ‘trying’ Bobby. Winners produce. You’re not producing. I’m beginning to think I made a bad business decision here. Maybe it’s time to cut my losses. I’ve been around far too long to keep my wagon hitched to a gelding. There are plenty of young stallions out there who’d be more than happy to take a ride with me. Know what I mean?”

“Hey,” I said. “There’s no reason to hit below the belt.” I put everything I had into it … injured pride plus a hint of genuine regret.

“You know better than to try that with me.” Her smile could have frozen the water in a Jacuzzi. “You know the drill, Bobby. I come and go as I please. You don’t have any hold on me. Maybe that’s the problem. I’ve been far too easy on you and you’ve begun to take me for granted. I don’t like being taken for granted.”

I didn’t know how to respond so I let it pass. I sat in silence for a few moments. Along with the soft rustle of palms and rhythmic pulsation of the waves crashing against the shore near Sans Souci and Kaluahole Beaches below, I heard distant laughter from families cooking out in Kapiolani Park. Without thinking, I reached into the bottom drawer of my desk and poured myself a shot from my “office bottle.” I immediately felt the warm rush spread as my blood vessels dilated. I figured if I kept drinking, I might be able to forget about her.

“That’s it,” Mel intoned with finality. “You’ve got a lot of nerve trotting out a tired old cliché like that. Please! If that’s all you have left to offer there’s no use continuing our little discussion.”

“You’re right,” I said with a snarl and more courage than I actually had. “Our ‘little discussion’ as you call it is over. Why don’t you and that perky little ‘tush of yours take a hike? Who needs you? There are plenty of other fish in the ocean, Doll. So drift, blow, dust off, beat it, scram, shove off, take a powder.”

I wasn’t a violent man by nature, but I was working myself up into a rage. It was her smugness more than anything else that was really getting to me. I stood up and walked to the railing of the lanai and looked out at the glittering water. I felt better than I had in weeks. It was as though I’d been possessed by some eldritch power.

“And another thing. You’re supposed to inspire … not badger hell out of me. You know what they say, ‘behind every successful man …’?” I turned to deliver the coup de grâce, but, by then, she was gone. It didn’t matter. I had run out of clichés.”

Oh, she was fickle, my Melpomène, fickle. But old Mel knew what she was doing after all. I guess you didn’t last in her business for thousands of years without learning a few tricks. I poured myself another belt, sat down at my laptop and started writing. For the first time in months, I was actually writing.


James C. Clar has placed stories in a wide variety of print and Internet venues. Most recently his work has found a home in Weirdyear, Word Catalyst Magazine, The Taj Mahal Review, Golden Visions Magazine, Bewildering Stories, Antipodean SF, Apollo's Lyre, Static Movement and Flashshot among others. He never tires of writing about the darker, more outre, side of Hawaii. His Detectives Higa and Kanahele have been featured previously in stories on Thrillers, Killers 'n' Chillers
Posted by Author at 11:52