GETTING AHEAD IN BUSINESS By James C. Clar 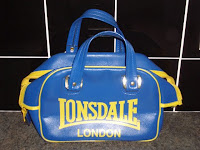 Getting Ahead in Business


“Jesus, Jake,” HPD Detective Ray Kanahele remarked to his partner, “Is it me or are we catching all the really weird ones these days?”

Jake Higa, a man of few pounds and even fewer words, responded characteristically. “Seems that way, Ray. That’s how it goes sometimes.”

Kanahele shifted his not inconsiderable bulk. “Yeah, well, it’s not doing much for our reputations … or our digestion.”

Unperturbed, Higa turned and opened the door to their left. The two men re-entered the back room of the post office on Saratoga Avenue that had been set aside for them to continue the initial interrogation of their suspect.

Plastic bins sporting the USPS logo and full of postcards, letters and parcels had been moved aside. An old oak conference table had been cleaned off as well. Kanahele thought he could detect the acrid tang of overcooked institutional coffee. He scanned the room. Sure enough, a coffee maker that looked like it had been last cleaned before Hawaii became a state was perched on a shelf next to a line of dusty manuals and office supplies.

Higa and Kanahele sat on the same side of the table. Higa folded his hands gracefully in front of him. Kanahele, for his part, balanced his chair on its back legs and laced his fingers behind his head with an insouciance that was only partially affected. Buses and cars could be heard as they turned the corner at Kalakaua and headed down Saratoga to Kalia. An open window somewhere in the recesses of the building admitted the faint sound of waves from nearby Ft. DeRussey Beach Park as well as the alluring fragrance of plumeria and maile.

“So, Mr. Lane, you admit that the, uh … package over there belongs to you?” Higa began by indicating a red and black-striped AMF bowling bag sitting on the floor near the door. The sight of the bag reminded the detective that the tech and forensic crews hadn’t shown up yet. He figured they must be stuck in traffic on the H-1 or over on Ala Moana Boulevard. Of all times!

The suspect, a well-groomed middle-aged man wearing an expensive Aloha shirt and a pair of designer khakis, answered in measured tones.

“Well, of course it’s mine. More precisely, it was in my possession. You understand the distinction officers, I'm sure.” Lane’s lips parted to reveal rows of shiny, capped teeth as he smiled. “If I didn't admit it, what would be the point?”

“The point,” Higa repeated. “Tell us again, Mr. Lane. What are you doing in Hawaii?”

“As I told you earlier, I'm here because my bosses wanted me to track down a man named Reynolds. Their hope was that we might ‘acquire’ him for our company. That’s the language we use, ‘acquire’.”

“OK,” Kanahele interrupted as the front legs of his chair banged down on the floor. He propped his chin on his elbow as he spoke. “Let me get this straight. Your company pays you to go around trying to, uh, ‘acquire’ executives … to get them to leave their own corporations or whatever and come to work for yours?”

“That’s exactly right detective. And I'm good at what I do; very good. Now, of course, I'll be a legend. The acquisition of Reynolds is the crowning achievement of my career, the purest expression of my vocation. That’s what it is you know, a ‘calling’ in the etymological sense of the word.”

Higa silenced his partner with a glance before continuing.

“You finally tracked Reynolds down over in Kahala, is that correct, sir?”

“Yes. He was here on vacation, of course, staying over at the Kahala Resort. I learned that he was playing golf today at Waialae. On the fifth hole he sliced his drive into the rough. That was fortunate for me since it gave me an opportunity to approach him while he was alone. That’s a beautiful course over there, by the way.”

Higa rubbed the bridge of his nose with his fingers.

“Was Mr. Reynolds receptive to your offer?”

“Let’s just say he was interested. He made the usual protestations about needing to ‘talk it over with his family’. You know the kind of thing I mean. His major concern was the money. That’s always the way. He said he couldn't possibly make a decision before he got back home and had a chance to sit down with his accountants and attorneys. That’s when I had a brainstorm and took it upon myself to speed things up a bit. Who knows? Maybe the idea actually came to me earlier while I was reading about the cultic practices of the ancient Hawaiians.”

Unable to stop himself, Kanahele chuckled. Higa stole a quick look at his watch. Where the hell was the forensics crew, anyhow? This was all about to get out of hand.

“Let’s shift gears for a moment,” Higa suggested quietly, “Would it be fair to say that your job is generally stressful, Mr. Lane?”

“Absolutely. The competition and the pressure to get results are intense. I've been at this longer than most. More than a few people in my position suffer breakdowns or simply lose their heads, as it were, in a matter of months.”

Almost as one, Higa and Kanahele readjusted their legs under the table. Neither man spoke. Before long, and as anticipated, Lane felt compelled to fill the pregnant silence with words.

“Listen, detectives,” he said with the assurance of a man accustomed to high stakes negotiation. “I can save us all a lot of trouble. I ‘acquired’ Reynolds for my company. I'm not denying it. I just used slightly more radical methods this time around. I must say, too, I'm quite proud of the way I was able to think so quickly on my feet. Do you have any idea how difficult it is to find dry-ice here in Hawaii? No. Why would you? You must admit, though, the bowling bag was a particularly nice touch.”

“Sure,” Kanahele quipped, you’re a real trendsetter, way ahead of your time. You don't see many people walking around Waikiki with bowling bags in their hands, that’s for sure. I'm betting this is the first time anyone has tried to mail one just like that back to the Mainland too.”

“Exactly!” Lane’s smile could have been measured in kilowatts. “Think about this as well, officer. Do you know what people in my line of work are called in casual conversation?”

“They call us ’head-hunters’, detectives, corporate ‘head-hunters’. I've just given a whole new meaning, an air of authenticity, to that expression. Don't you see?”

“Yeah,” Kanahele abandoned all pretense of restraint. He knew Jake would give him hell later but he didn't care “You've got a real head for business, that’s for sure. And, shit, two heads are always better than one, right?”

Now, the long-suffering detective thought, if this whack-job would only tell us where we can find the rest of the late Mr. Reynolds I might be able to make it home for dinner tonight. That’s doubtful though; the paperwork on this case was going to be a real headache.

Higa, more acutely attuned to the wider ramifications of such matters, shuddered when he considered the headlines that were like to grace the Advertiser and Star Bulletin tomorrow.

BIO:
James C. Clar has placed stories in a wide variety of print and Internet venues. Most recently his work has found a home in Weirdyear, Word Catalyst Magazine, The Taj Mahal Review, Golden Visions Magazine, Bewildering Stories, Antipodean SF, Apollo's Lyre, Static Movement and Flashshot among others. He never tires of writing about the darker, more outre, side of Hawaii. Detectives Higa and Kanahele have been featured previously in stories on Thrillers, Killers 'n' Chillers
Posted by Author at 13:56

Email ThisBlogThis!Share to TwitterShare to FacebookShare to Pinterest
Labels: crime, Getting ahead in Business, James C. Clar