ON THE JOB By Sue Harding 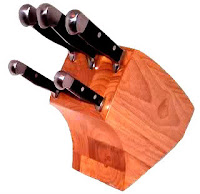 In one quick glance he'd learned everything he needed to know. Myra Vale's body lay discarded like a rag doll on the floor beside the bed. Her face was still contorted in a look of surprise, her eyes staring, the knife hilt sticking out from just below her ribs. Yeah, she was dead alright.

Hollis stepped over her body, careful not to catch his shoes in the sticky pool of blood that had already soaked into the carpet. She was dead, and so was this line of enquiry. A real dead end.

He pushed open the tattered net curtain and stared out through the grimy window. The street below was quiet. Empty. The world had not yet woken up. The first fingers of dawn were itching to tear back the darkness of night.

The sickly smell of Myra's body tapped at his consciousness, reminding him that while he daydreamed she lay waiting for him, her eyes sightlessly watching his every move.

He turned reluctantly back. He'd seen enough bodies in his time and hers was certainly nothing new. For once he just wanted out, to leave this all behind him, start again. Feel clean. But he knew that he had work to do.

The knife hilt reflected the overhead light. It was a polished steel handle with a large and unwieldy blade. Just the sort of thing to make the right kind of statement: a weapon seized in a moment of frenzy.

Of course, he'd been anything but frenzied in his attack. He'd been cold and quick and despite the energy he'd expended on terminating Myra's life, her death had been quick. He hadn't relished twisting the knife, replicating the wounds an amateur might inflict, but his contract demanded it.

Hollis moved across to the kitchen area of Myra's small and pathetic world and picked up the hold-all he'd discarded when Myra had backed away from him in surprise. He reached inside to retrieve the knife block with its remaining four blades neatly in place and set it on the counter. He moved it back, then changed its position until he was satisfied, then knocked it over. It set the scene: the block toppled over by the suspect as they drew the murder weapon.

A cursory examination of the area afforded him the assurance that everything was in place. His client had been quite specific about the manner in which Myra had to die and now, as he looked around, Hollis was satisfied that the scene was ready for the next act.

He didn't want to know the details of why Myra had become an unnecessary burden to the woman who had contacted him. Maybe she'd been having an affair with his client's husband. Or perhaps she'd been threatening to extort money. Hell, it could even be sibling rivalry for all he knew. He didn't care. Just another job. Unpleasant, but a necessary source of extra income. And it made good use of his talents, too. A test of his skills.

Hollis lifted his bag and eased out of the door, pulling it to behind him, but not closed. He paused, mentally running through what had just transpired, ticking off all the elements of the crime scene, working back in time much as he would do when he returned later, assembling the evidence.

He remembered the mantra drummed into him, all those years ago when he'd begun his career in the forensics department: “Every contact leaves a trace”, and resisted the urge to remove the gloves he wore. No time for silly mistakes, he thought. He saw his watch through the latex cuff. With luck he could get out of Myra's flat and back to his own place with enough time for a reasonable nap before he got the call-out.

BIO:
Sue Harding works in a library in Warks. Having spent years 'shelving' books, she's starting to 'write' them instead! Sue blogs here:

http://irefusetogoquietly.blogspot.com/
Posted by Author at 13:31