TKnC welcomes James with some... 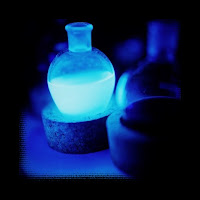 “I'll never understand it, Rich, how could you do this to me?”

Karen Atwater turned away from her husband and looked out the sliding glass door leading to her lanai on the tenth floor of the Royal Hawaiian Hotel on Waikiki Beach. The normally bright yellow sun was a pale orange. Gone, too, were the white, fluffy clouds. They had been replaced by towering masses of black, violet and indigo. The clouds reminded Karen of three-day-old contusions. Hurricane Felicia was bearing down on the islands. The trade winds, too, had all but disappeared and it had been extraordinarily hot and humid for most of the week. Forecasters were fairly certain that the system would weaken to the level of a tropical storm by the time it hit Oahu, but even that didn't lift the young woman’s spirits

“Come on, Karen,” Rich Atwater replied. He came up behind his wife and placed his hand lightly on her shoulder. Karen pulled away without even attempting to hide the aversion she felt at his touch. “I had no idea Cindy was going to be here at the ‘Royal the same time we were.”

Upset as she was, Karen couldn't help but laugh.

“It’s bad enough that you're having an affair, but don't you dare insult my intelligence like that. You've been fooling around with Cindy Drake for months now, everyone knows it. You surprise me with a ‘dream vacation’ to Hawaii. You say you want to start over. You insist we stay here, one of the more expensive places on our list, and you expect me to believe that Tom and Cindy Drake just happen to be staying in the same hotel as we are at precisely the same time?”

Before her husband could respond, Karen grabbed her purse from the foot of the bed and headed out the door. “I'm going for a walk,” she said over her shoulder. “I have my keycard. I don't know when I'll be back. I'm sure you can find something … or someone … to occupy your time.”

“Run through it for me again, would you, Mrs. Atwater?” HPD Detective Higa urged the attractive but distraught woman sitting on the plastic chair across from him in a small back room of the Waikiki police substation on Kalakaua Avenue five hours later. Noise from the snack bar and surfboard rental kiosk next door seeped in through the thick, double-pane windows. Not even the lousy weather was enough to keep the visitors – or the locals for that matter – off the beach and out of the water.

“It’s like I told you before. My husband and I had another stupid argument. I left our room and went for a walk. I went all the way down the street and past that convention center. You know; the building with all the glass and the roof that looks like waves?

Higa folded his hands on the cigarette-scarred table in front of him and nodded. “Then what happened?”

"I came back toward the hotel along the canal. I ended up over there at the International Marketplace. Just like I said the last time I told you. There was an old woman in a booth beneath that big, weird-looking tree in the middle of the complex. She was advertising potions or lotions to cure everything that ails you or to fulfill your every desire. It was called ‘Aunty Alina’s’ or something like that. I've never gotten the hang of all those crazy Hawaiian names. Anyhow, I was so hot and tired. I figured what the hell? Maybe there’s still some magic left in the islands like they say in all those tourist brochures.”

Higa smiled wanly. His partner, Detective Kanahele, shook his head briefly but definitively as he turned to look out the window at the ocean and a red and yellow catamaran making its way slowly east toward the Ala Wai Yacht Harbor in the phosphorescent twilight. A long frigate bird soared high overhead. Everything seemed etched with a particular vividness by the gathering storm. Kanahele had, of course, already checked. No one had ever heard of this “Aunty Alina” Karen Atwater was claiming to have consulted. Standing quietly in the corner of the room, the investigator was mystified. Why anyone would be “steppin’ out” on this Atwater ‘frail in the first place was, so far as Kanahele was concerned, the only real mystery that needed to be solved.

“I asked the old lady if she had anything that, you know, might stop my husband from playing around. I mean, I was at my wit’s end. I had nowhere else to turn,” Karen explained. “She gave me that stuff in the bottle you guys confiscated. I was desperate. When I got back to the room, Rich was there … which kind of surprised me. I suggested we have some wine and talk things out. When he wasn't looking, I put a few drops in his glass, just like the lady told me to.”

“Yeah, well,” Higa responded with the barely restrained cynicism of a veteran policeman, “the old Aunty was right. Your husband won't be playing around on you anymore, that’s for sure. Guess she just forgot to tell you that he won't be breathing again any time soon either.”

Higa closed his notebook and stood up. He and Kanahele left the room. Damn, they both thought at the same time, years of working together had given them an almost eldritch synergy, this storm’s worse than a full moon!