ARE YOU ROGER? by Harris Tobias 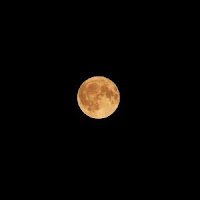 I hear them upstairs. Bands of costumed kids coming to the door for handouts.

“Trick or treat,” they yell in chorus and thrust out their bags for filling. Each kid dressed as something outlandish, something not real. In fact, the more unreal the better the people like it. I wonder what they’d think if they saw me. It makes me laugh to think how they’d react if they knew that I wasn’t wearing a costume. No, no costume, this is how I look. Like some special effects monster from a grade B movie.
Halloween is the only night of the year I can go out and be with other kids without frightening them to death.

It’s getting dark. Soon mother will come down and unlock my cage and let me out. I can go outside and pretend I’m a normal kid instead of a horror movie freak. The joke in all this trick or treat nonsense is that I don’t even like candy. I still have the bag I collected last year. Oh well, you can’t expect them to hand out raw steaks now can you?

Well, the candy is beside the point. It’s being outside with real kids for a few precious hours. It’s all I have to look forward to. They always want to know where I got my costume and ask me to take off my mask. They wonder if they know me. I tell them my mother made my costume which I guess is more or less the truth. They'll say things like, “I remember you from last year.” or “Are you from around here? Are you Roger?” Sometimes I say no, sometimes yes. It all depends on how I feel.

I hear mother coming to unlock my cage. She keeps me locked up for my own protection. She says the state would take me away for medical testing if they knew about me. I wouldn’t want that to happen so I live in the basement. It’s not really so bad. I have a TV and books to read. Mom home-schools me. I have crayons and paints. I’m good at drawing. I’d like to be an artist.

Mother puts a cape around my shoulders. “To keep off the chill,” she says. The cape really completes my costume. I look like a werewolf trying to be a vampire. Well at least the fangs are real. I might look like a wolf but I’m a normal kid. At least that’s what Mom keeps telling me. I’m a normal kid that just happens to look like everyone’s idea of a Hollywood werewolf. It’s not my fault. I don’t thirst for blood or anything like that, although lately the idea doesn’t seem quite as yucky as it used to.

Mother gives me a pat on the rear and sees me to the door. “Have fun,” she calls after me and then adds, “Be careful.” She worries about me. I join a bunch of goblins, ghosts and comic book superheroes and I’m off on my one night of freedom.

The other kids are curious about me. Some of them ask what school I go to or what grade I’m in. I don’t answer. After a while they leave me alone and we go from door to door. Things are fun until we run into some big kids who are working our street. The big kids aren’t even wearing costumes. They push us aside and take our candy. I hold on to mine. This annoys one of the bullies and he calls his friends over. “Mr. Dog-Face here doesn’t want to share his loot,” he says to the others. Three big kids surround me and block my escape.

“I remember you from last year,” one of them says. “You wore that same stupid costume. What’s the matter, you can’t afford another costume?” Then they all start pushing me around. I drop my candy and run but they chase me into a vacant lot and one of them tackles me and knocks me to the ground. They’re all older and bigger than me. I’m scared but I’m angry too. I just want to be left alone, to be a normal kid for a couple of hours. But the bullies don’t let up.

“We want to see who you are,” one of them says.
Two of them hold my arms while the biggest and fattest sits on my chest. He starts pulling at my face as if it was a mask. How I wish it was a mask but of course it isn’t. All he gets is a handful of fur for all his pulling. It hurts and I snap and growl. I bite his hand and he really gets mad. “Why you little freak. I’ll show you.” and he starts slapping me around and the two holding my arms join him in punching me. They hurt me. I taste blood but I don’t know whose. I’m thrashing and snapping with all my might but there are too many of them.

“Hold him down boys. I think we caught us a real werewolf. Hold him while I look for something to kill it with. Any of you know how to kill a werewolf?”

They try to remember what they know about werewolves. Whether it's wooden stakes or silver bullets. One of them is pretty sure it’s fire. By now I’m really frightened. I feel like crying but I don’t want to give them the satisfaction. I’m angry too. Angrier than I’ve ever been. What right do these kids have to torment me? I never did anything to them.

The ringleader is looking around for a weapon. The two holding me down are saying how they can’t let me grow up to kill innocent people. “You got to kill werewolves and vampires. It’s the law.”

The third bully comes back holding a big rock with both arms. I can see it’s heavy as he’s straining to lift it to his chest. I wish I was back in my cage. I want my mother to protect me. I look at the sky. The last thing I’ll ever see. The moon comes out from behind the clouds. It’s nearly full. It fills me with a funny feeling. I feel a surge of exaltation. I am suddenly very strong. I lift my voice in a glorious howl and the three bullies freeze, their bravado drains away. I have no trouble getting to my feet. Their weight is like so much paper to me now; it is their turn to be afraid. I look them in the eye and a deep growl rumbles in my throat. They turn to run but it is too late.

Bio
Harris Tobias was raised by robots disguised as New Yorkers. Despite an awkward childhood he learned to read and write. To date Mr. Tobias has published two detective novels, The Greer Agency and A Felony of Birds, to critical acclaim. In addition he has published short stories in Down in the Dirt Magazine, Literal Translations, Electric Flash and Ray Gun Revival. He currently lives and writes in Charlottesville, Virginia.