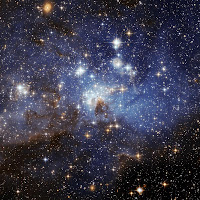 “Dammit, Cassie,” Robert swore, “I told you this check had to go in on today’s date.” He stared at the deposit slip in his hand as though he could change the information on it by sheer force of will. I backed away expecting he'd take a swing at me but he sat back down at his desk, fuming. “Can't you get anything right? Now I'll have to wait to write a check for the taxes and they're already overdue.”

“I'm sorry,” I said. “I tried to get out before noon today but I couldn't leave work.” It would have been better just to let it go, but sometimes I just had to defend myself … come what might. “Two people called in and the store was jammed. I never even got a chance to eat lunch.”

“And that’s a bad thing, how? Shit, from the weight you've gained the last few months it doesn't seem that you've missed too many meals.” I turned away as tears welled in my eyes. Things had been going so well the last few weeks. I thought, maybe, we'd turned a corner.

Earlier in the evening we had walked up Kalakaua Avenue to Monsarrat. Diamond Head shone red, yellow and gold in the light from the setting sun. The Zoo was running one of its “stargazing” programs sponsored by the University of Hawaii’s Institute of Astronomy. We'd spent two hours wandering around looking at the nocturnal animals and learning about the night sky above Hawaii through telescopes. It was something I had always wanted to do and Robert had surprised me with tickets. We laughed and held hands. For a little while, at least, I was able to pretend that everything was normal. Now the mood was shot and, as usual, it was my fault.

I walked over to the sliding glass door that led to the lanai. I cracked it open and breathed in the scent of night-blooming cereus. Off in the distance I could hear the sound of music coming from the bandstand at Kuhio Beach Park.

“Jesus,” Robert barked. “Close that thing would you. The air-conditioning is on. You think we've got money to throw around like that?”

My friends wondered why I stayed with him. What could I say? I loved him once and maybe still did. I kept hoping that things would change. He was always worried about money. I'm the one who worked while he went to medical school, had given up on my own education in the process. Back then he'd never given a thought to the bills. Now it was all he talked about. That and how stupid I was.

The police had been over to the apartment a couple of times. The neighbors must have called because of the noise. Robert pleaded with me not to press charges. “How would it look?” He'd say. “You've got to think of what it might do to my career.”

After the last time, I went to work with a black eye and red marks on my neck. I tried to hide it with makeup but people nodded knowingly when I told them some story about walking into a door. A few days later, Maile gave me a paper bag. It was surprisingly light. “Just take this with you, honey,” she said. “Don't look inside now but you'll have it if you ever need it.”

I closed the door to the lanai and turned as Robert stood up from his desk. “Son-of-a-bitch, Cassie. What’s this all about?” He waved the Visa statement in my face.

“Robert, I'm sorry. I forgot to tell you. It was my nephew’s birthday … you know, Teresa’s son, Eddy? I had to send him something. I was low on cash and so I used the credit card.”

I knew I was in trouble when Robert didn't respond. He was always the most explosive when he got quiet. Before I had a chance to react, he shoved me with both hands. I lost my balance and fell over the footstool and landed next to where I had left my purse when we had come in earlier.

The shock on his face wasn't feigned.

“I'm sorry, honey. Are you alright? I just lost my temper. I've been trying, you know I have. Here, let me help you up.”

Sitting on my butt, now, I humped away from him as his hands reached down for me. I felt like someone had dropped me in a pool of clear, cold water.

“Robert,” I said as I continued to move away, “is it true what that docent said about the light from the stars we were looking at earlier tonight? You know, that it takes so long for their light to reach us that the stars themselves might not even exist any more?”

Robert stopped and straightened up. His puzzled expression was like that of a puppy who knows you're talking to him but who has no idea what you're saying.

“What the hell, Cassie. I'm trying to apologize and you're talking bullshit about starlight.”

“No. It’s really important. I have to know. Is it true what he said?”

“Shit, maybe you bumped your head or something. Yeah, it’s true. It’s what they mean when they talk about ‘light years’ and that sort of thing. Now get up off the damn floor. This is silly.”

I smiled. I think it was the smile that really got him.

“I said get up, dammit.” He couldn’t disguise the anger that, once again, was threatening to overpower him.

“So even between where I am and where you're standing there’s, like, a delay; a lag between what I'm doing and what you see me doing? That’s how it works?

“Yes.” He shouted, losing control. “But we're so close that the delay is negligible.”

Negligible was enough … more than enough. The bullet caught him square in the chest as he reached down to grab me by my blouse.

James C. Clar has published short fiction in print as well as on the Internet. In the next few months, he has work scheduled to appear on Flashshot, Residential Aliens, Bewildering Stories and Antipodean SF. There's very little he enjoys more than studying the night sky over Oahu.
Posted by Author at 12:01