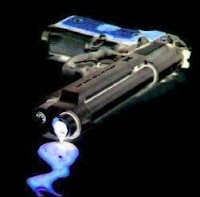 Uncommonly for TKnC, I've decided to post a 2 parter (to keep within the 2,000 word limit), so I hope everyone works with me on this one...

Paul Grzegorezek is an author whose debut novel is doing the rounds with the publishers. F.U.B.A.R is his work in progress and would love comments on what people think of his work. This is an exerpt from the book. Please give Paul the feedback in the usual way.