FOR THE RECORD by Keith Rawson 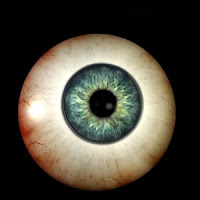 Mr. Booker
Yeah, who’re you? Where’s the other guy?
I’m Detective Severna’s supervisor. He asked me to come in here to talk with you for a couple of minutes.
Okay, about what?
Well, what you’ve been telling my detective is fairly disturbing, particularly concerning what you’ve been saying about Mr. Stapley.
Okay….
You know who Mr. Stapley is, right?
I don’t know….All I know is that he’s some sick fucker that I’ve watched kill four people in—
From what I’ve been hearing you don’t know if you saw him kill that girl or not?

Look, there were others besides the girl—
Mr. Booker, we called American Junkie. We’ve talked with the manager, and he told us the girl you’ve been telling us about quit her job and moved to Los Angeles a month ago. So as far as he knows she’s alive and well and trying to become an actress.
That’s bullshit! I know what I saw! I know—
Mr. Booker, Mr. Stapley and his family are very well known here in the valley. Mr. Stapley runs several charitable organizations and his family helped build the city of Phoenix at its foundations.
So what, man! The guy’s a fucking killer!
Mr. Booker, as far as the Scottsdale police department is concerned, Mr. Stapley hasn’t committed and as far as the Scottsdale police is concerned everything you’ve said today is nothing more than some lame attempt to slander the Stapley family.
Look!
Mr. Booker, I’m giving you the opportunity to stand up and walk out of this room before we start believing these deaths actually happened and we start taking a closer look at you.
*

What are you doing?
What the hell?
Get the fuck out of the driver’s seat. Don’t ever do that shit again.
I wasn’t….I didn’t think…
Yeah, yeah, what’d I tell you?
What did you say to them?
Told ‘em everything….well, at least what they let me tell ‘em until they kicked me out. Made it to right until after the waitress at the club.
That’s it? Fuck, man, I think I would’ve slapped the cuffs on you the minute you started talking about cutting her eye out.
I know, right? Of course, I was pretending to be you and I was telling them the whole thing from your eyes.
What the hell did you do that for—
Gave ‘em your description and everything. Completely fucked you.
Fuck, man, now they’re gonna be looking for me—
Shut up, ya little asshole. They didn’t believe a single fucking thing coming out of my mouth. The cop I was telling didn’t stop smirking the entire time I was talking. He went and got his Captain because I think he was getting ready to laugh his ass off. Then the captain ran me off by threatening to put me in jail for ‘slandering’ my family. Stupid fuckers.
Jesus….
Take it easy and let your balls drop. Like I told you, I try doing this every six months and every time it’s the same thing. My family this, my charities that……So that I got that outta my system, what do we got planned tonight?
Uh……ah…..I dunno, maybe we could grab that hooker we saw on Van Buren….?
Naw, I want to save her. Let’s get a little random, maybe another Mexican…..?  What were we talking about before all this shit?
Uuum, your dad…… I think we were still talking about your dad and that girl he kept….
Oh yeah, Jennifer! Dad never wanted us to call her by her name. Shit, he didn’t even want us talking to her. But, ya know, when somebody lives in your house for so long, even if she’s all chained up, you can’t help but get curious about ‘em……….
Bio
Keith Rawson is a little-known pulp writer who lives in the alkaline desert waste of southern Arizona with his wife and very energetic daughter. His stories have appeared in such publications as Plots with Guns, Needle Magazine, Out of the Gutter, the Lineup, CrimeWav.com, Powder Burn Flash, A Twist of Noir, BEAT to a PULP, and many others. He is a staff writer for Spinetingler magazine and BSCreview and along with Cameron Ashley and Liam Jose he edits and publishes Crimefactory magazine. You can find him stroking his over-inflated ego at his blog Bloody Knuckles, Callused Fingertips.
Posted by Lee Hughes at 12:16