THE CLEANSING By Theresa Newbill 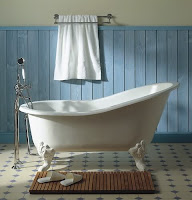 Alicia awoke, feeling her teeth grinding together in increasing tension, her jaw aching with the pressure. Her forehead was cold with perspiration and her body throbbed with adrenalin. Just a couple of hours before, the setting sun had drawn the mosquitoes and the lightening bugs to the surrounding perimeter of the house but now there seemed to be a sudden intrusion of danger that left a silvery stillness in the air. The temperature was falling and Alicia shivered as the tape recorder clicked at her feet. She sat on the floor by the foot of her bed while her fingers drummed over the rewind, stop and play buttons. Beyond the normal auditory range, a group of voices whispered. Alicia had a disguise of calm as she tried to make out the words, which started off softly then got louder.

On the whitewashed wall, the scorching shadowed figure of a man darkly haloed by a mark of fire appeared along with the sounds of rattling coins on the corrugated roof of the house. There was a smell of sulfur in the atmosphere and bright red blood slowly leaked from the ceiling. Alicia left the equipment where it lay and retreated from her bedroom into the living room. Picking up the telephone from its ornate table, she started to dial for assistance. The glass in the living room window shattered and a smoky effect poured in from a line of threatening clouds in the horizon. With telephone in hand Alicia gripped the wooden frame of the window and it powdered in her hand filling it with old flaked paint. The corridors creaked with heavy steps, and swift purposeful voices; the murmur of conversations.

"Pick up, please pick up!" Alicia said as the phone rang off the hook eventually giving off a busy signal.

She ran to the bathroom, scrubbed her hands clean, and then splashed some cold water on her face.

Staring down at her clothing, hanging in creases and folds she was reminded that she had not showered or changed since her husband Billy passed away unexpectedly five days ago. The moonlight filtered through the mosquito screen of the open bathroom window. Her stress grew as streams of light invaded the large space.

Bending forward she felt nauseous and dizzy over the lid of the toilet. She felt her panic rising but that soon turned into something that approximated anger. Alicia deliberately flushed the toilet numerous times realizing that the sound noisily drowned out the hurrying voices.

Regaining her composure and expelling the nerves of annoyance Alicia ran to the linen closet and retrieved a box full of ritual candles, sage, oils, powder, graveyard dirt and matches.

She placed the box on the bathroom floor and took out the 7 Knob Ritual Candles normally used for ridding oneself of evil influences, hexes and revenge spells, arranging each one in a circular position before anointing them with black arts oil, powder, and graveyard dirt.

With a manic and painful eye-watering anxiety she lit the candles and burned sage.

"Red is for love, passion, energy, and courage!"

"Orange is for strength, authority, attraction, success, and joy!"

"Yellow is for learning, mind, and communication!"

"Green is for healing, money, prosperity, luck, and fertility!"

"Blue is for meditation, tranquility, and forgiveness!"

"I have not sinned!"

"I have not sinned! I HAVE NOT SINNED!"

"Black is for absorption & destruction of negative energy."

Her heart palpitated with every thudding noise and whisper.

Thick smoke was billowing in the rays of light coming in from a police helicopter.

The charred remains of Billy's body lay inside the claw foot bathtub.

Alicia crawled on her hands and knees over to the windowsill. She removed the screen and thrust herself over the edge, clinging to it as her feet dangled searching for stability against the brick wall before dropping eight to ten feet.

A dark, purple haze kept the animals and creatures at bay as the helicopter flashed over a strand of pines and disappeared.

Theresa C. Newbill is a self described free spirit and former elementary school teacher turned writer. Her work has been widely published in various print and online magazines and she has received numerous awards for her writing.
Posted by Author at 11:56