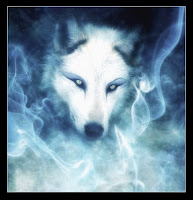 We welcome Kieran to TKnC with...

The animals brown eyes rolled toward Craig’s voice. The dog was on her side in a dry pile of oak leaves on the road’s shoulder. Bleeding bad, panting, fading quick. Craig stroked the animal’s knotty, brown fur and felt the trembles beneath.

The driver who tagged the dog had pulled over about forty yards ahead. He threw open the door of his huge, metallic SUV and strode toward them with vague purpose and obligatory unease.

“Jesus God! That dog came out of nowhere! Cripes. Did I kill it? Is it OK?”

The driver was dressed for business. White shirt, striped tie, French cuffs stabbed with bright cufflinks. His black dress shoes glinted in the long October sunlight and Craig could see the dark silhouette of the man’s suit jacket hanging behind the driver’s seat. There were quite a few of his type living on the Eastern Shore now, snatching up all the deep water real estate, driving far to complicated jobs in Washington, DC and Baltimore, building mansions in which Craig hung drywall.

Craig looked down at the suffering dog. He knew the animal. Larry Hasting’s water bitch, a Chessie, about three or four years old. Larry’s place was set back in the field off to the right down a smashed oyster and pea gravel driveway a few hundred yards in that hooked to a small, brick ranch home with yellowy windows.

Mr. Hasting sold Craig’s father some tires once a few years back. Craig knew that Mr. Hasting was working at one of the new Royal Farms gas station/convenience stores down near Easton. Hasting’s wife worked there too, frying chicken and mopping up the day to day wear and tear. Even if Craig hoisted the dog into the bed of his pickup truck and annihilated the speed limit, the poor girl didn’t have a chance. Craig was uncertain as to where the nearest veterinarian’s office was, plus the dog had that knowing look in her eyes. Animals resign far easier than us, Craig thought.

Craig had a Remington rifle sleeved under the back seat of his truck, a .22 for taking out pilfering pests in his parent’s garden. He briefly considered loading a round.

“Late? I’ll say. You were hauling ass.” Craig pointed down the elbow in the road where the woods thickened on either side beyond the scrub, “I was coming from that direction and I saw you. This is a county road, mister. I know people use it to bypass the highway but people live out here. You’re not some teenage kid.”

A breathy grunt of disdain, evaluating and condescending.

Craig got up from his knees and gave the driver an incredulous look. So, it was going to be that way. “No use denying it, mister,” Craig gestured at the tracks in the road, “Look at those brake marks. You need to be moving fast to brake and leave any kind of rubber behind on asphalt like that. There’s a swivel.”

“And I wasn’t speeding. Look, I don’t need to be lectured by someone like you. There are laws in the state of Maryland about controlling your animals. Look it up.” He turned to go.

“Don’t you think you should at least call the owner? The name is Hasting. He lives in that house right over there. Must’ve gotten loose.”

The driver clucked his tongue. “Dogs should be fenced in.”

“Dog like this would burrow out. She’s a Chesapeake Bay Retriever.”

“Should be tied up then.”

A wave of a hand and the driver continued his march back to his SUV, “My car is banged up and I have a meeting within the hour over across the Bay Bridge in Annapolis. You’re so concerned you call the owner.”

“And you’re just going to leave?”

The man kept walking. At the door of his SUV he turned, “What’re you going to do? Stop me?”

“I’ve already memorized your plate,” Craig added, getting a few steps closer, “I’ve a cousin who could look it up. Works for the county.”

Craig stopped near the SUV’s bumper. “Just saying, it’s the right thing to do is all. Call the owner, mister. Say you’re sorry.”

The driver laughed. “Right thing to do, listen to you. You. Threatening me. Over a stupid dog?”

“Those are your words not mine.”

Craig took a step forward and the driver toddled back ever so slightly. The driver’s face shifted in strength, remembering what little he knew about going into a fight, about defensive measures, about protection. He moved into the road with a readying look in his eye. Craig saw this as a cue.

BIO: Kieran Shea’s short crime fiction has appeared in seedy little ‘zines and Ellery Queen Mystery Magazine. Living outside Annapolis, Maryland, he bitterly kicks the tires of the status quo on principle and drinks far too much coffee.
Posted by Author at 18:55