Coercion by B R Stateham 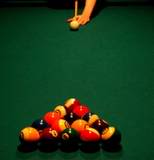