THE MAN WHO WATCHES THE WATCHERS by Lee Hughes 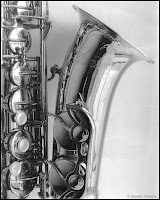 The Man Who Watches the Watchers


People queued up to get in. The Swing Room wasn't a place where the youth went to pop party-smarties and make shapes. The more mature went to the Swing Room to dance and to drink.

Tom and Martin watched from their car. The real police were around the corner in an unmarked transit van keeping an eye on the back. Tom and Martin were Customs and Excise. A loose lipped mule that had been caught at Gatwick with forty-grand's worth of Charlie up his hoop had decided that he wanted to make a deal.

The club was owned and operated by Joey Rowland. He was a face about town with his fingers in everything borderline dodgy and his hands in everything damn-right criminal.

Tom was tapping the wheel, "Looks like it's gonna be heaving in there Martin. You reckon it's gonna go down tonight?"

"It has to. The grass said the gold came into the country this morning and the Rabbi's buying it tomorrow morning." The whole team had been staking out and following every known hand of Joey Rowland. Rowland hadn't been out of the club all day. And no one suspicious had pitched up at either the front or the back with bags of anything.

Tom blew out air, "Think we should have a look inside? It's not as if anyone in there will know us."

They crossed the street and joined the arse-end of the queue. Twenty minutes dragged by before they were let inside. They both nodded in appreciation of the décor. Joey Rowland had done it up a treat. It looked like he'd sneaked a bit of the forties out of history and transplanted it smack, bang into two-thousand and nine.

The band were setting up. The posters plastered about the place were bragging about the band. Big names with big tunes. London's own Authentic Auburns, on tour. Jimmy 'Hot-Notes' Nolan on the trumpet. Tommy 'Furnace-Fingers' Francis on the sax. Long-Arm Geoff on the trombone. Barry Sticks on percussion and Suzie Swing on strings. The poster painted more than just an image in the mind, it created an entire mural. No wonder, thought Tom, that the place was so popular. It certainly would make a change from having a pint of mild and a game of arrows down the Red Lion.

While the band was setting up, the music came courtesy of a sound system. People were going like the clappers on the dance floor and having themselves a whale of a time. Tom and Martin headed for the bar and ordered themselves a couple of cokes. The barman in his monkey suit poured the cokes over ice. Tom and Martin began looking at the patrons. The Barman picked up the phone by the cash-register, he plugged his ear with a forefinger.

"What's up John?" Mr. Rowland was sat at his desk doing the Times crossword. The head barman was on the blower.

"Where?" Mr. Rowland looked to the bank of screens that covered every inch of his establishment.


Mr. Rowland watched the two and smiled. He knew plod when he saw it, and he saw plod sat there trying their best to blend in. They were always trying to get one over on him. Mr. Rowland chuckled and made a phone call.

Martin and Tom sat drinking their cokes as though it cost a tenner a sip.

They had another coke to allay any suspicion that they were anything but regular fun-goers. Tom nudged Martin with his elbow,

"Heads up," he nodded over towards the front of the club. Two blokes were edging around the dance-floor. Each one was carrying a holdall that looked heavy, gold heavy. The two blokes went through a service door by the end of the bar. Martin had his phone out in a flash.

Mr. Rowland watched on the screens as Plod and Co. came bursting into his club. He looked to the two lads sat on his sofa with the holdalls at their feet,

"Cheers for doing this, Tony, Ed."

"Need to have a little chat with you pair soon anyway regarding a certain taffy arms dealer that seems to have disappeared off the face of the earth. I'm in the market you might say."

"Give us a tinkle whenever you've got a spare moment Mr. Rowland." Ed grinned at Tony as he said it, though Tony didn't look ecstatic at the prospect.

"Brace yourself lads, we're about to get flipped." Mr. Rowland looked to the door.

The regular rozzers were looking at Tom and Martin like they were a pair of the biggest fuck-ups that they'd ever had the misfortune to work with. Tom and Martin were still looking inside the holdalls. No wonder the bags had looked heavy. There were a dozen house bricks in each one. The duet of scrotes that had lugged the bags in had said they were simply a couple of brickies that were looking for some building work and wanted to show Mr. Rowland the quality of the bricks that they used.

"Let's get the fuck out of here," said the lead detective who felt at the moment like a lead defective. Martin and Tom looked around the room as though searching for anywhere that Mr. Rowland might have secreted the gold.

"Do, I not get an apology?" asked Mr. Rowland. The coppers just left.


Mr. Rowland watched as the last customers left his club. He bid them a good night. The band, as always had been tremendous. John the barman said from behind the bar as he poured the boss a drink,

"They were bloody good,"

"Golden, you might say." Mr. Rowland sipped at his drink and watched the band head to the door. He nodded to the bandstand, "Get Billy to give you a hand getting those out the back,"

John the barman shouted over to Billy who was busy wiping down the tables to come give him a hand. The pair went to the bandstand and started picking up the shiny instruments that the band hadn't bothered taking with them.

Mr. Rowland shouted over to Hot-Notes Nolan who was holding the door open for his band-mates, "good luck with the rest of the tour, bring me back something nice." He chuckled and raised his glass.

Tom and Martin watched as the club closed up. Watched as the band left with their instrument cases and piled into the back of the tour-bus.

"Wonder if they were any good." He mused as he started the engine.

*
BIO: Lee Hughes lives and works on the Isle of Man with his wife and two fish. He is currently putting the finishing touches to his first novel. His short fiction is to appear or has appeared in the upcoming Cern Zoo: Nemonymous 9 by Megazanthus Press, Thrillers, Killers 'n' Chillers and A Twist of Noir.
Posted by Author at 13:00

Email ThisBlogThis!Share to TwitterShare to FacebookShare to Pinterest
Labels: crime, Lee Hughes, Leeh, The man who watches the watchers